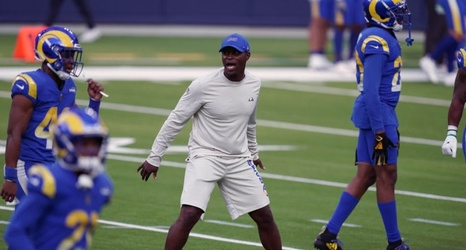 The LA Rams offseason started with the team losing their defensive coordinator Brandon Staley. Sure, he stayed in Los Angeles but he became the head coach of the LA Chargers. The coaching staff has made some drastic changes since Staley’s departure. But one change that the LA Rams have made is promoting safety coach Ejiro Evero to the secondary coach. The Rams made that change due to the defection of cornerback coach Aubrey Pleasant to take on the secondary coach role with the Detroit Lions. So just exactly is Coach Evero you might ask?