What We Learned: Los Angeles Rams at Atlanta Falcons 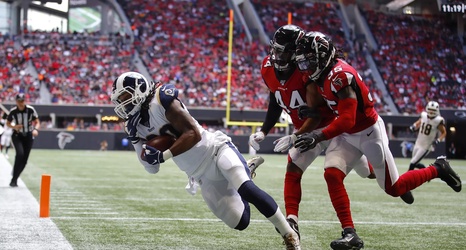 We learned that the Rams still have the ability to handle business in games that they should win. Throughout Sean McVay’s tenure in Los Angeles we’ve grown to expect pretty even efforts regardless of the competition, but that loss to the Tampa Bay Buccaneers at home three weeks ago felt like the Twilight Zone. Perhaps the most enjoyable thing about Sunday’s victory against the Atlanta Falcons was that the Rams kind of seemed like the Rams again, more so than in any other game so far this season.

The offense, though far from perfect, was able to apply pressure and was able to take a few more shots downfield, and utilized the talents of tight end Gerald Everett for the second time in three weeks.