What should the Los Angeles Rams do with EDGE Dante Fowler Jr? 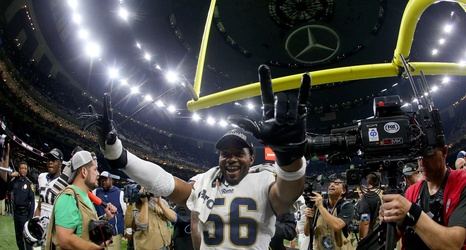 As the Los Angeles Rams constructed a proper and true Super Bowl contending roster, they sought to fix the minimal holes the roster did contain. That’s when they secured a midseason trade for EDGE rusher Dante Fowler Jr from the Jacksonville Jaguars. The trade cost the Rams a third-round pick in the 2019 NFL Draft and a fifth-round pick in the 2020 NFL Draft.

Fowler is slated to hit the free agent market in a few short weeks, so it’s time for the Rams to make a decision.