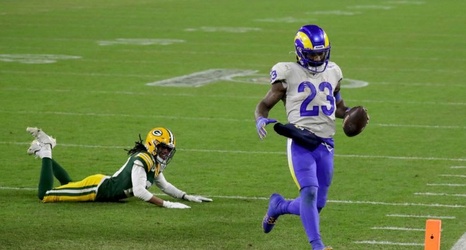 Now that LA Rams‘ RB Cam Akers is firmly ensconced as the team’s lead back, he is projected to be the team’s 2021 featured back. No, that’s not the word on the street, that’s supported by the weighty endorsement of his head coach Sean McVay to fulfill that role this upcoming season. So let’s get right to it, is it fair to ask what his ceiling might be?

He’s also playing on a consistent playoff-contending team behind a good run-blocking offensive line, to boot. So he’s got that going for him.