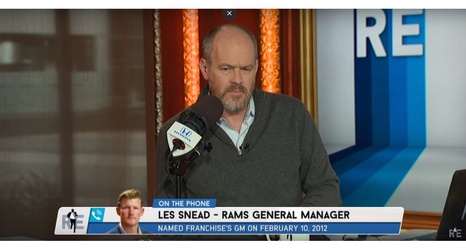 Los Angeles Rams General Manager Les Snead, aka Lester P., was on the Rich Eisen Show today to talk about the general state of affairs for the team after Trade Tuesday. The full video’s above, but we were sent these clips courtesy of the AT&T AUDIENCE Network (and BTW, The Rich Eisen Show airs daily at 12:00 p.m. – 3:00 p.m. PT on the AT&T AUDIENCE Network which can be found on DIRECTV Ch. 239) so I figured I’d drop them here in case anyone wants to share on their own social feeds.

On a potential contract extension for Ramsey who is under contract just through next season:

And some of the issues the NFL is dealing with in terms of officiating this year especially in light of Monday night’s debacle between the Green Bay Packers and Detroit Lions: