Updates on the NFC North: If Aaron Rodgers isn’t there, what becomes of the division? 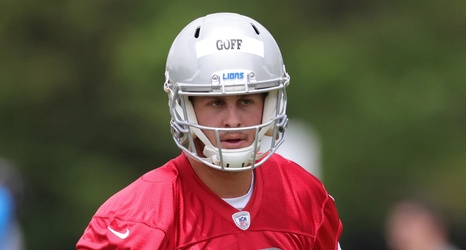 Yes, that is really Jared Goff in a Lions practice uniform. It happened and Goff is now potentially in line to be head and shoulders the second-most experienced quarterback in his division behind Kirk Cousins. And it’s not as though Goff hasn’t had the potential to be a much better quarterback than Cousins, who isn’t at all a bad starting option. It’s just that Goff never reached that level with the Rams, and even if you believe that he did, he wasn’t able to maintain it for long enough to keep Sean McVay happy.

Perhaps he can keep Dan Campbell satisfied during his second chance.