The Good, the Bad and the Difference in Rams win over Bears 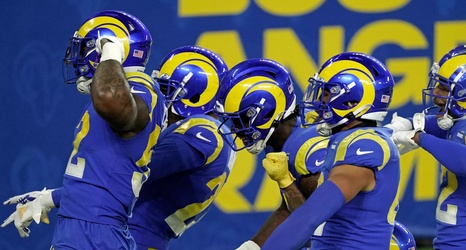 The Los Angeles Rams are 5-2 and they keep themselves in the conversation for “best defense in the league” following a 24-10 win over the Chicago Bears on Monday, allowing zero touchdowns by the Bears offense and twice intercepting quarterback Nick Foles. The Rams also sacked Foles four times, doubling the number of times he has been sacked all season long.

LA entered the game with one of the top-ranked pass defense in the NFL and they’ll only see those numbers improve after holding Foles to 230 net yards on 40 passes and keeping Chicago to 49 yards on the ground over 17 carries.