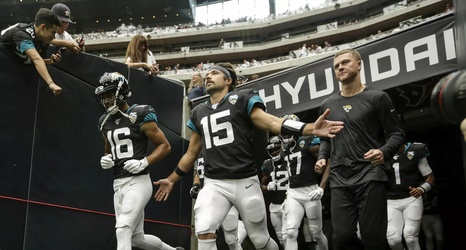 Well, this could sure as hell be interesting. The 1-1 Tennessee Titans on the road to take on the 0-2 Jacksonville Jaguars.

For the Titans, they’re looking to avoid a losing streak after following up their season-opening whooping of the Cleveland Browns with a disappointing two-point loss to the Indianapolis Colts. And really, they’re looking to breakthrough into double-digit wins under second-year Head Coach Mike Vrabel in a decision point year for QB Marcus Mariota. The Titans have won nine games four times since Jeff Fisher’s last season in Nashville in 2010, but they haven’t won more than nine and that has left them straddling the fence making the playoffs just once in those four nine-win seasons.