Some were saddened, but Neil Lomax was thrilled when the Big Red announced they were leaving town 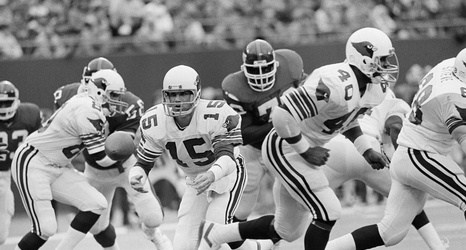 On January 15, 1988, Bill Bidwill, the owner of the St. Louis Cardinals football team, announces his plans to move the team to Phoenix from St. Louis. He said he decided to seek the move for "competitive reasons." Here was how his players reacted to the move.

More than anything, the Cardinals players were relieved. Their wait was over. By the time they get to Phoenix, they'll be smiling.

''Now we can get on with our lives,'' tackle Luis Sharpe said.

The reaction to the news that owner Bill Bidwill planned to make them Phoenix Cardinals was mixed.