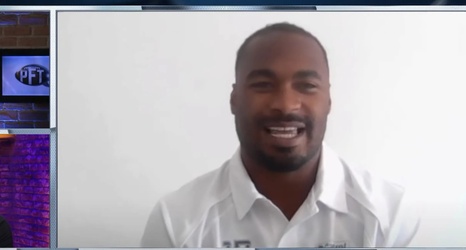 LA Rams receiver Robert Woods is on a bit of a media tour this week and he spoke with Pro Football Talk’s Mike Florio and Chris Simms on Thursday. Florio opened the interview by asking Woods about throwing the ball into the stands after a touchdown against the Seahawks in LA’s wild card playoff win in Seattle. Woods said that he was specifically trying to gift a parting gift to the home crowd.

“I was aiming for Seattle’s family section, sending them home with a souvenir gift.”

In the full 15-minute interview, Woods discusses the trade for Matthew Stafford, his history with Jared Goff, Sean McVay’s offense and the head coach’s excitement over bringing in new plays each week, Cam Akers’ development as a franchise running back, the addition of DeSean Jackson, the 2021 offseason workouts and whether or not he wants to be able to participate in person, and a lot more.