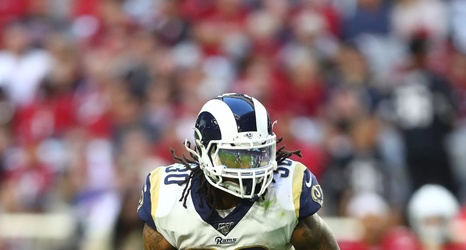 According to NFL Network Insider Ian Rapaport, the Los Angeles Rams plan to scrap the limited usage plan they’ve employed all season for RB Todd Gurley and will use him extensively the rest of the season, starting tonight on Sunday Night Football:

From @NFLGameDay: #Browns WR Odell Beckham needs sports hernia surgery, but he'll play today vs. the #Bengals. ... Meanwhile, as the #Rams get ready to unleash Todd Gurley, limiting carries has worked -- He's as fast now as he was in Week 1, based on practice metrics.