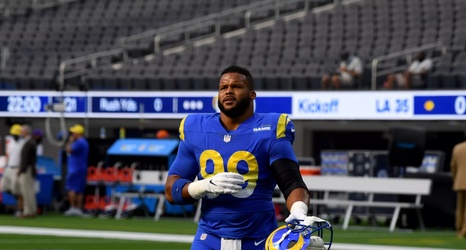 This week, the folks at Pro Football Focus released their 2020 All-Pro teams through 12 weeks of the NFL season. Among them are a trio of Rams — one on the first team and two on the second team.

The Ram who graces the first team is none other than defensive tackle Aaron Donald. Here’s what author Sam Monson had to say about Donald’s play so far this season:

“Breaking news: Aaron Donald is very good at football. How good? Well, he leads the NFL with 66 total pressures, seven more than any other player at any position.