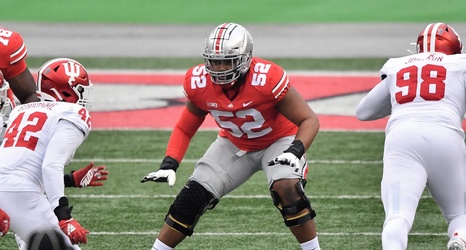 In a recent article by Pro Football Focus, analyst Seth Galina mocked the first three rounds for each of the four teams in the NFC West. Below are the three players Galina hand-picked for the Rams at #57, #88, and #103:

The Rams land a pair of Buckeyes in this one — one on either side of the ball. Davis was held as the potential top offensive guard a year ago before other players did enough to propel them past Davis in 2020, but that shouldn’t take away from the two-time All-American.