Random Ramsdom: Next up, Pro Days 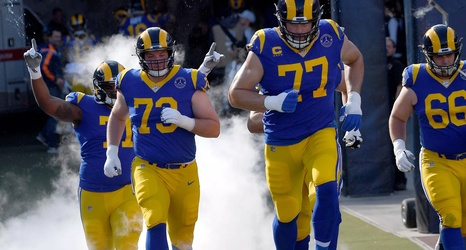 The combine has come and gone and all that’s left between now and the draft are a plethora of pro day workouts.

Also, former Rams great Isaac Bruce publicly stated that the “Greatest Show on Turf” teams were way better than the current Kansas City Chiefs team. Not sure how you all feel about that assessment but I have a feeling if I went around and asked every one of you, I think I know which team would get the most votes of confidence.

“Although Los Angeles does not have a first round pick in this year’s draft, there are still some outlets which produce mock drafts that go beyond the first 32 selections.