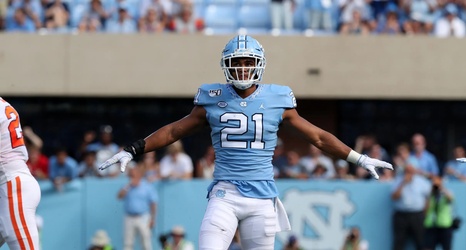 The Rams will likely go in two different directions with their first pick of this year’s draft: Offensive tackle to find an eventual replacement for Andrew Whitworth, or linebacker to help reinforce the defense’s weakest group.

In Todd McShay’s most-recent mock at ESPN, he has the Rams snagging North Carolina linebacker Chazz Surratt with the 57th-overall pick.

“The Rams are also without a first-rounder, but they do at least have a pair of third-rounders coming shortly after this pick. Cap space was a little tight this offseason, but L.A. re-signed Leonard Floyd. Still, the Rams could really use a weakside linebacker, and Surratt has sideline-to-sideline range and natural instincts.