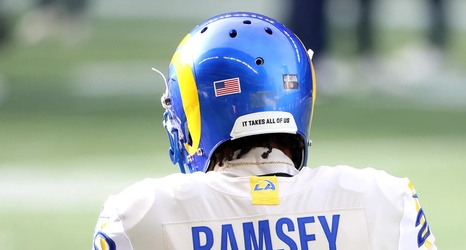 The majority of the prospects that will be drafted next week are going to have to fight some form of nerves as they realize their dream of playing the NFL. Players that they grew up watching and idolizing are now about to become either teammates or rivals. That can be a tough thing to wrap your head around as a young 20-something year old kid.

For someone like Jalen Ramsey, it probably wasn’t that hard to put opposing wide receivers in his crosshairs the way you need to as a professional, but at least he knows it’s not as easy for everyone.