Random Ramsdom: How many TDs will Matthew Stafford throw for in 2022? 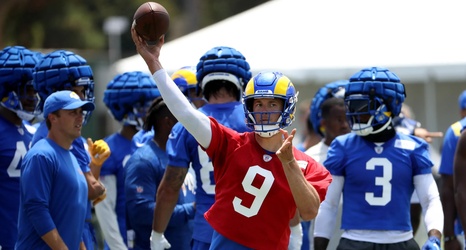 In just his first season with the team, quarterback Matthew Stafford became immortalized in NFL history as a huge part of the 2021-2022 Super Bowl champion. Many questioned the move, however all of the naysayers were proved wrong following the overwhelming first season success.

Not only did Stafford become a champion, he put up some impressive numbers in his first year with the Rams, posting a total of 41 passing touchdowns with 4,886 passing yards to go along with that. The only point of concern was the 17 interceptions he threw, which was tied for the most in the NFL last season.