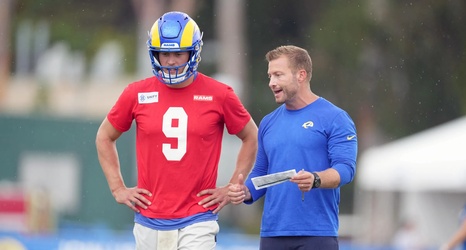 In the past few days, every single sports media outlet is discussing Matthew Stafford’s reported ‘elbow tendinitis’, an injury that coach McVay has said is something similar to what MLB pitchers may endure over their career.

Nonetheless, the Rams kick off their season in just about a month, so reports about Stafford’s elbow is rather concerning considering how close the season is. If Stafford is on some sort of ‘pitch count’ to start the year, it could seriously hinder the Rams ability to keep defenses guessing, as opposing defensed would certainly be prepared for a more conservative version of the offense.