Random Ramsdom: 3 takeaways from Rams vs Colts in week 2 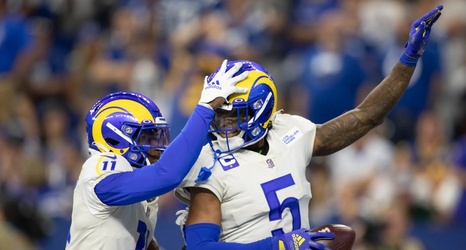 The Los Angeles Rams came out on top against the Indianapolis Colts in a game that was not polished but got the W nonetheless. The match featured two defensive red zone stops, two touchdowns by Cooper Kupp, and a flubbed special teams play that resulted in a gimme touchdown for the Colts.

Here are three takeaways from Rams vs Colts week two:

COOPER KUPP IS A DOG

Kupp had two touchdowns catches and a total of 163 yards receiving in the game. He had a nice catch and run on a screen and a longest reception of 44 yards.