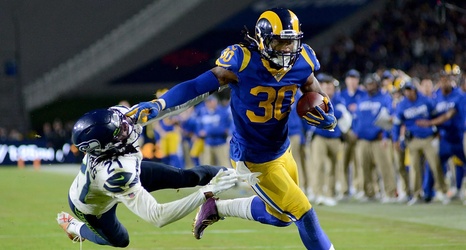 Los Angeles handed Seattle the worst loss of its season on Sunday and is on a tear after getting blown out by the Ravens two weeks ago.

The Los Angeles Rams have looked like the reigning NFC Champions the last few games, but where was this team all season?

Gurley finished with 23 carries for 79 yards and four catches for 34 yards in a performance that Goff credited with opening things up for the entire offense.

Though the Cowboys enter this week’s game with a 6-7 record, it does not reflect who they are, according to Rams head coach Sean McVay.