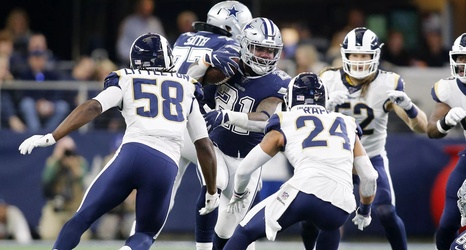 Hey everybody, my name is Kenneth and I’m chipping in around here, starting off with a links post to some Rams news today. And yes, you may know me from the fact that up until very recently I was running the Seahawks blog Field Gulls and would do those Q and A exchanges twice a year with Joe.

But another fact about me that dates back even further than my time at Field Gulls is that I’ve lived in Los Angeles since 2009, which means that I was also affected by the California law that forced the changes you’ve seen recently on TST and other blogs in this state.