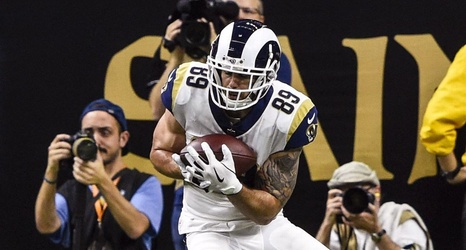 Higbee suffered a lung contusion last Sunday in a win over the New Orleans Saints. The fourth-year pro, who has six catches for 41 yards and a touchdown, did not practice throughout the week.

Third-year tight end Gerald Everett will start in Higbee's absence. Johnny Mundt, who is typically inactive on game day, will be the backup.