Rams steal Bobby Wagner from Seahawks: How it happened, what to expect 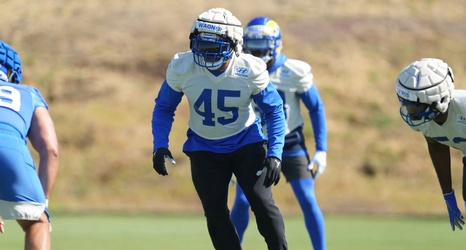 Back in early March and within two weeks of Bobby Wagner’s unceremonious release from the Seattle Seahawks, the Los Angeles Rams hosted the star linebacker on a free agent visit. It only took another week or so for Les Snead to hammer out a deal bringing the SoCal native home.

Wagner and the Rams agreed to a five-year, $50 million contract with $20m of that guaranteed. Incentives, if met, could substantially raise the the guaranteed number. There is one interesting twist to the contract, according to overthecap.com.

“If Wagner plays 90% of the snaps in 2022 and 2023 and the team makes the playoffs in both seasons or he is selected to the Pro Bowl both seasons, Wagner will have the right to void the final three years of the contract.