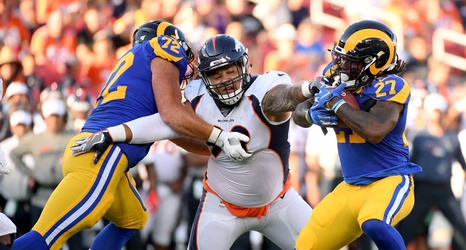 Back in April, the Los Angeles Rams made a surprise move in the third round of the 2019 NFL Draft by selecting former Memphis star Darrell Henderson, mainly because running back wasn’t a top need for the defending NFC champions.

Despite the concerns surrounding Todd Gurley with his knee along with previously matching Malcolm Brown‘s offer from the Detroit Lions, the Rams seemed to be in solid shape at running back, although the addition of Henderson seemed to make the unit stronger.

Not to mention, Los Angeles also had other running back options in John Kelly and Justin Davis to consider if needed, making the selection of Henderson in April even more surprising.