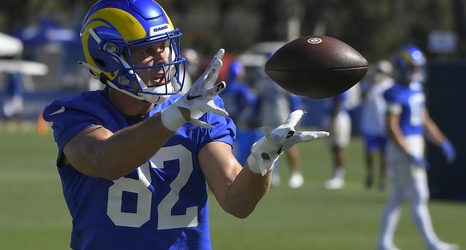 The trio of upcoming preseason games will likely have a significant impact on the LA Rams initial Week 1 roster, at least for a half-dozen or more undecided spots. Combining the Rams unofficial depth chart released earlier this week with training camp reports on standout players should give us a general idea on how some of those training camp battles are unfolding.

- Wolford’s spot as the QB2 could be in question if Bryce Perkins or Devlin Hodges are able to shine in his absence during the coming preseason games.