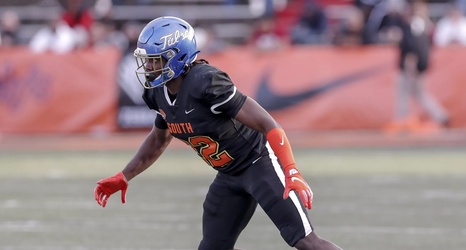 One of the Rams’ biggest needs at this point time is another corner to play opposite Jalen Ramsey. With the loss of Nickell Robey-Coleman to the Eagles, there is also a need to fill that role, as well.

According to Justin Melo over at The Draft Wire, the Rams recently met with Tulsa cornerback Reggie Robinson. The 6’1, 206-pound corner was a four-year starter at Tulsa and topped his career with a First-Team All-American Athletic Conference selection after leading his team with four interceptions and 13 pass breakups. He also finished with 38 total tackles and a pair of fumble recoveries.