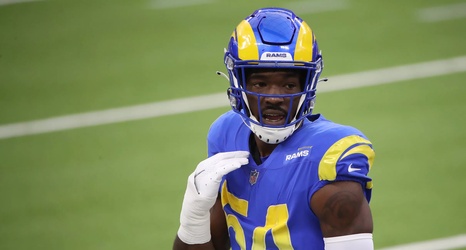 As a rookie, Leonard Floyd totaled 32 tackles, seven sacks, nine QB hits, seven tackles for a loss, one forced fumble and one safety over his first 10 games. Floyd was hurt two weeks later and missed the final game of 2016.

Floyd only played in 10 games the next year, but his numbers were strikingly similar except for the fact that he didn’t quite finish off as many pressures for sacks: 34 tackles, 4.5 sacks, 12 QB hits, eight tackles for a loss and one safety. The Chicago Bears did switch head coaches from 2017 to 2018, but Matt Nagy kept defensive coordinator Vic Fangio on board, as well as outside linebackers coach Brandon Staley.