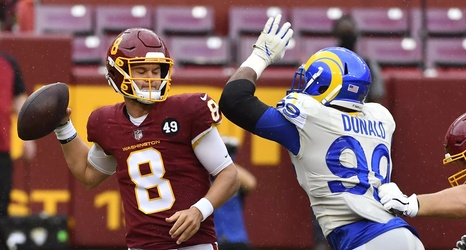 The Los Angeles Rams held the Washington Football Team to 70 net passing yards, their fewest allowed in a game since Week 5 of the 2017 season against the Seattle Seahawks, and Jared Goff rode another dominant first quarter towards a 30-10 win on Sunday in Washington. The Rams improve to 4-1 and keep pace with the Seahawks, Packers and Bears as the only teams in the NFC with four wins.