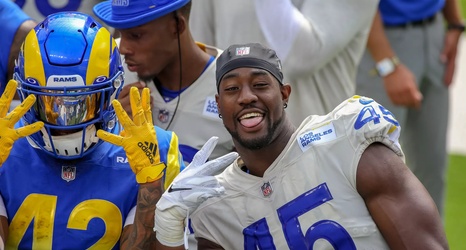 The LA Rams waived linebacker Jachai Polite on Thursday, then re-signed him to the practice squad on Friday. Polite remains on the Rams, but taking his place is linebacker Ogbonnia Okoronkwo on the 53-man roster. It is expected that Okoronkwo will return on Sunday against the Arizona Cardinals, his first game action since Week 5 against the Washington Footballs.

(I am done writing “Football Team.”)

The Rams have waived OLB Jachai Polite. Okoronkwo is expected to be elevated to the 53-man this week.

Okoronkwo, a fifth round pick in 2018, played in 10 games last season and recorded 1.