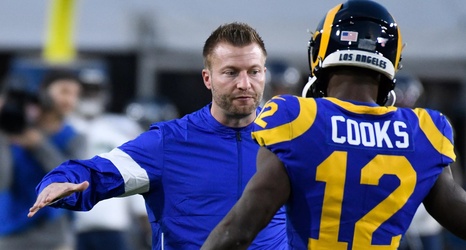 For his second performance as the quarterback of the LA Rams, Matthew Stafford will not win NFC Offensive Player of the Week. That’s something I can confidently say. But after watching Stafford through two games, I’ve never been more confident that the Rams made the right decision when they paid two first round picks for the right to make a change at quarterback.

And I was already extremely sure that it was the right move before Sunday’s 27-24 win over the Indianapolis Colts to improve the Rams to 2-0.

Stafford went 19-of-30 for 278 yards with two touchdowns, one interception, and one sack against the Colts, and he was only a fingertip shy and a couple of dropped passes away from having an even better stat line than that.