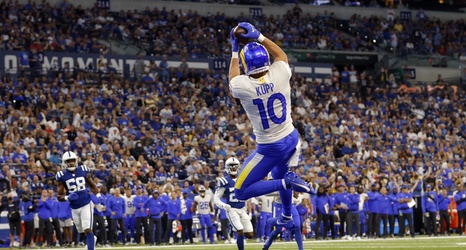 The Los Angeles Rams defeated the Indianapolis Colts 27-24 Sunday afternoon at Lucas Oil Stadium, moving to 2-0 on the young season.

LA led for most of the game, but the Colts had plenty of chances to build momentum and take control of the game. Ultimately, Indy came up short in the fourth quarter. This was a closer contest than most expected, and there were a number of up and down moments and individual performances:

The reliable Cooper Kupp was the engine of the Rams offense versus Indy, amassing 9 receptions for 163 yards and 2 touchdowns.