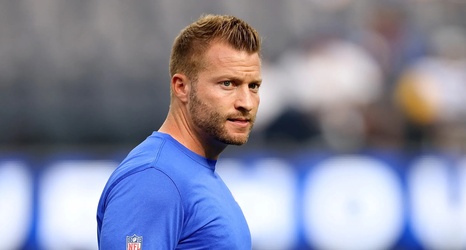 The Los Angeles Rams opened up the season with a 34-14 victory over the Chicago Bears Sunday night in the first of five primetime games this season. There were many stand outs and areas of encouragement to highlight when the dust settled.

After the win, Head Coach Sean McVay said he was very pleased with the offense. Here’s what else McVay, Matthew Stafford, and other members of the Rams had to say after the game.