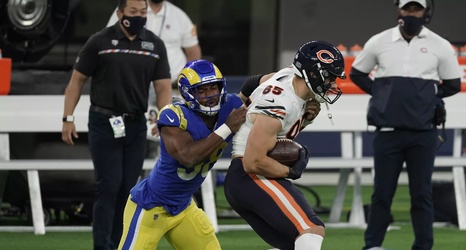 The box score won’t really indicate if Rams linebacker Justin Hollins had a good game or not, but it does reveal that Hollins was productive when he was on the field. Which was not that often.

Hollins played in only 15 snaps in Monday’s 24-10 win over the Bears, but had five tackles and one sack during those limited opportunities.

LA acquired Hollins after final cuts in September when he was waived by the Broncos, Rams defensive coordinator Brandon Staley previous stop in 2019 as linebackers coach. Staley’s relationship with Hollins prompted him to choose Hollins over in-house options like rookies Clay Johnston and Christian Rozeboom after Travin Howard was placed on injured reserve.