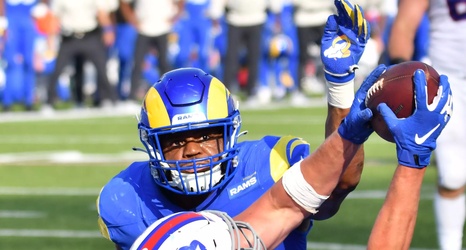 Rams linebacker Micah Kiser has had all kinds of attention already this season. All kinds. Good kinds. Bad kinds.

As the most important player in the middle of the field for Brandon Staley’s defense, it is worth tracking how Kiser progresses throughout the season. In Week 1, he reportedly had seven missed tackles. In Week 2, he won defensive player of the week for the whole conference. What happened in Week 3?

Kiser was credited with allowing three of five passes to be completed (after going 10 of 15 against Carson Wentz in Week 2) for 58 yards and that touchdown to Bills tight end Tyler Kroft pictured above.