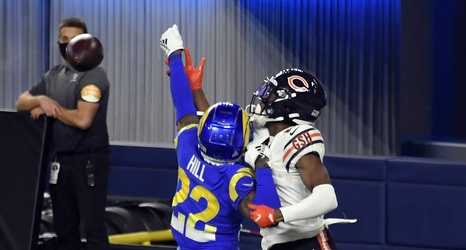 The Los Angeles Rams beat the Chicago Bears 24-10 on Monday. This is a look at some of the “advanced” stats in those games and up to this point in the season. Intro: completed.

Goff averaged 8.1 intended air yards per target, his third-highest total of the season; Goff was at 12 yards per target in the loss against the 49ers and 8.2 in the win over the Eagles. His season-low was 4.5 against the Cowboys in Week 1. Goff was credited with five bad throws against the Bears and he has 15 over the last two weeks after having 19 in the first four.