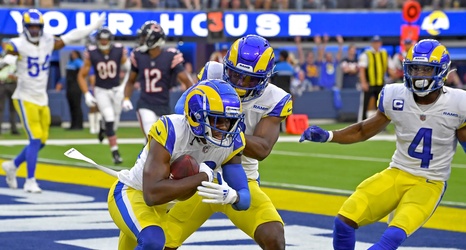 Against the Chicago Bears, the Los Angeles Rams offense demonstrated the ability to attack aggressively, pass with confidence, and secure the football. The defense played the bend don’t break mentality while working to stop the run and leveraging the Aaron Donald and Jalen Ramsey dynamic.

Here’s a breakdown of the performances by position group and the resulting grade.

Matthew Stafford was the player of the game in my book. His completed 20 of 26 passes for 321 yards and three touchdowns. Ball security was also executed with excellence as he did not fumble or throw an interception.