'Monday Night Football' is back on television tonight 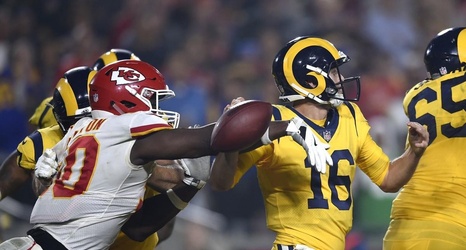 ESPN and Fox have made arrangements to show old key NFL games as they adjust to plug their vast coronavirus-fueled programming gap. Fox opened the parade Sunday by airing the epic New England-Atlanta Super Bowl of three years ago. ESPN joins the party tonight when it kicks off a run in which it shows classic “Monday Night Football” matchups.

The “MNF” replays will air at 7 p.m. over the next five Mondays, with the Kansas City-Los Angeles wild affair from November 2018 getting the series rolling. The teams combined for 105 points in the third-highest scoring game in league history.