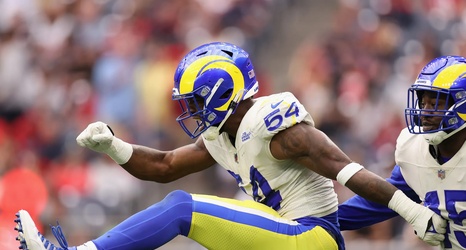 The Los Angeles Rams blowout win against the Houston Texans 38-22 was a demonstration of defensive dominance and offensive calibration. The fourth quarter started with a score of 38-0 and some of the starters were rested at that point including quarterback Matthew Stafford. Given the blowout nature of the game, based on the first three quarters, here is a breakdown of each position group and the resulting letter grades.

Matthew Stafford completed 21 of 32 passes for 305 yards, three touchdowns, and zero interceptions. He hit Cooper Kupp for a 52 yarder and Van Jefferson for a 68 yarder.