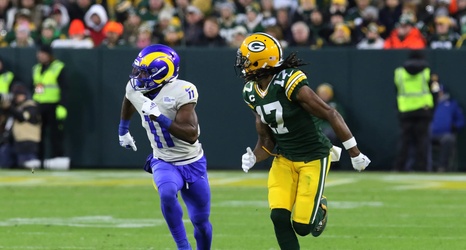 There may be no better measuring stick for the Rams roster changes than Sunday’s game in Green Bay compared to last years visit which was the NFC divisional playoff game against the Packers at Lambeau Field. The Rams lost both games and it’s even hard to say that Sunday’s Ram’s team was any type of improvement over last year’s. The Packers controlled the game after capitalizing on an early turnover and then won 36-28 sending the Rams to 7-4.

Here are the breakdowns by position and the resulting letter grade.

Matthew Stafford completed 21 of 38 passes for 302 yards and three touchdowns to one interception.