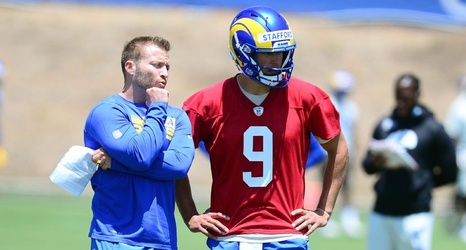 "I think I've been very happy," McVay said, upbeat. "Everybody says, 'Man, you just seem like you're in a better mood this offseason,' and I said, 'You're damn right I am.'"

That was in the early afternoon, during a news conference conducted by the Super Bowl host committee at SoFi Stadium, the home of Super Bowl LVI in February.

By early evening, following the Rams' final mandatory minicamp practice and after reports published with McVay's comment, the fifth-year head coach did not appear so pleased.