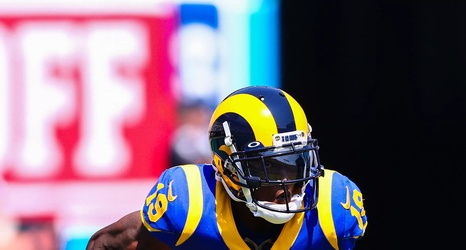 The Los Angeles Rams will have someone new returning kicks and punts in Week 14.

In the 2018 season, the Rams turned to KR/PR JoJo Natson, Jr., to take over punt and eventually kick return duties in 2018 and has since held down the primary role in special teams return situations. But Rams Head Coach Sean McVay revealed today that Natson suffered a hamstring injury in Week 13 in the Rams’ 34-7 blowout win over the Arizona Cardinals that will keep him out a month or so:

JoJo Natson was the only [Rams player to get injured] during the game.