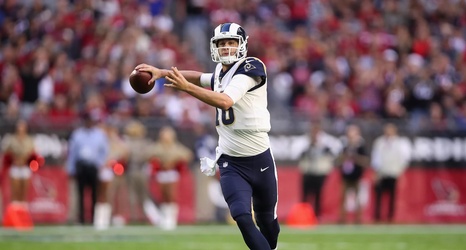 Los Angeles Rams’ quarterback Jared Goff has been named the NFC Offensive Player of the Week for Week 13, following a sensational 34-7 victory against the Arizona Cardinals. In that game, Goff completed 32 of 43 attempts (74.4 percent) for 424 yards, two touchdowns and zero interceptions for a 120.8 passer rating.

Per NFL Communications, Goff, in his fourth NFL season, has passed for at least 400 yards and two touchdowns in four career games, tied with Dak Prescott (four) for the second-most such games in a player’s first four seasons in NFL history.