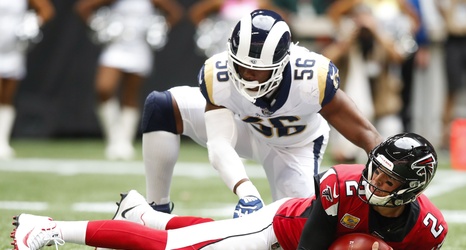 A Week 7 win over the struggling Atlanta Falcons was exactly what the Los Angeles Rams needed to get back on the right track after taking down Dan Quinn‘s squad 37-10, their first victory since all the way back in Week 3.

From Todd Gurley‘s acrobatic catch to Jared Goff looking sharp with three total touchdowns, there were plenty of key factors that stood out for the Rams in their win over the Falcons.

On the defensive side of the football, Aaron Donald stole most of the attention for the fight that broke out with Devonta Freeman, but from a production standpoint, Dante Fowler Jr.