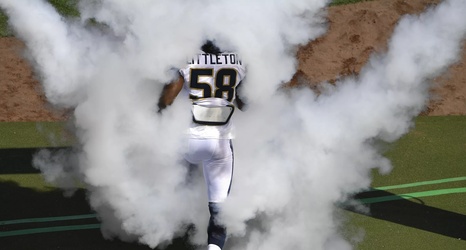 Cory Littleton isn’t a household name...yet. But perhaps it should be, as the Los Angeles Rams’ starting linebacker is once again putting together a solid season.

At the midway point of the 2019 year, Littleton has graded out as the league’s top linebacker in pass coverage, per Pro Football Focus.

Littleton, an undrafted free agent from the Jeff Fisher era (2016), has pleasantly surprised since taking over as a starter in 2018. He’s also been a stellar contributor on special teams and was voted to the Pro Bowl last year as a ST’s starter.