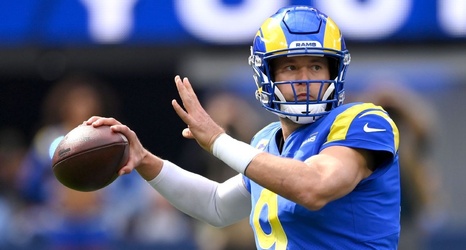 Despite quarterback Matthew Stafford spending most of the practice week in the training room, Los Angeles Rams coach Sean McVay told reporters Friday that he anticipated Stafford would play against the Tennessee Titans in a prime-time matchup on Sunday.

Because of a back issue, Stafford was held out of practice most of the week, but McVay said he would participate in a limited capacity Friday.

"He doesn't seem to be concerned about it, but I think we want to err on the side of caution," McVay said before practice. "When you're a veteran player like him, you kind of let them dictate the terms, and really he's always going to be a guy who is going to push it so we've been more cautious with him, held him out.