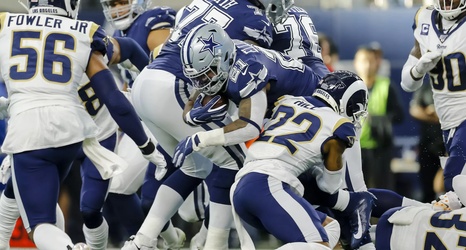 Los Angeles Rams CB Troy Hill broke his thumb in the Rams’ big loss to the Dallas Cowboys in Week 15. NFL Media’s Ian Rapoport is reporting Hill will have surgery today and potentially return in time for the Rams’ Week 16 game against the San Francisco 49ers:

#Rams CB Troy Hill, who broke his thumb in yesterday’s game, is having surgery to repair it today… with an eye toward playing Saturday vs the #49ers, source said. He emerged as a key defender midseason.