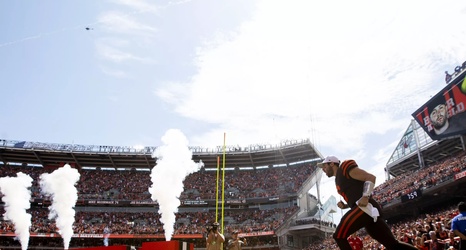 The Los Angeles Rams (2-0) head east to take on the Cleveland Browns (1-1) on Sunday Night Football in Week 3. For many, many years there was absolutely no way this matchup would ever seen primetime. But the Rams are the reigning NFC Champions and a re-tooled Browns team is loaded with talent on both sides of the ball. An exciting night game between the Rams and Browns...who would’ve thought?!

Can the Rams move to a 3-0 start on the year and remain (in a tie) atop the NFC West? The Turf Show Times make their predictions.