Los Angeles Rams: 3 reasons to be thrilled over 37-10 Week 7 win against Atlanta Falcons 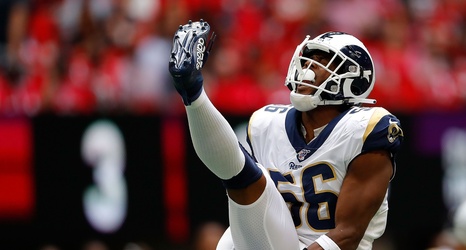 After weeks of frustration resulting in three-straight losses, the Los Angeles Rams finally pulled through with a 37-10 win over the Atlanta Falcons in Week 7 to improve their record to 4-3 on the 2019 season.

When looking at all of the competition in the NFC at the moment, the Rams still have a ton of work on their plate if they’re going to have any shot at earning one of the playoff spots in the conference, but at least the team avoided a fourth loss in a row.

Between all of the excitement surrounding the addition of Jalen Ramsey on top of the extra pressure Jared Goff was feeling after a horrendous performance on offense the week before against the San Francisco 49ers, Los Angeles left fans with plenty to discuss in this one.