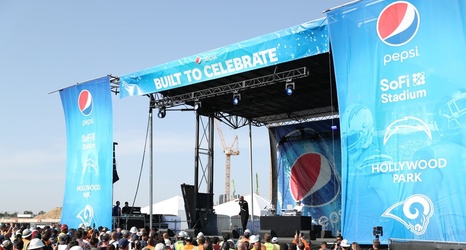 The LA Rams are moving on up in 2020. Well, let’s debate the success of the team in 2020 later. For now, the team is set to move to the new $5 billion Sofi Stadium located in Ingelwood, California. Anchoring the successful return of NFL football to Los Angeles, California, the design of Sofi Stadium complex is like no other NFL stadium in the US.

Despite the 2019 setback of missing the playoffs, the LA Rams continue to field one of the most competitive teams of the NFL heading into the 2020 season. Now the team will boast playing at one of the most impressive stadium complexes as well.