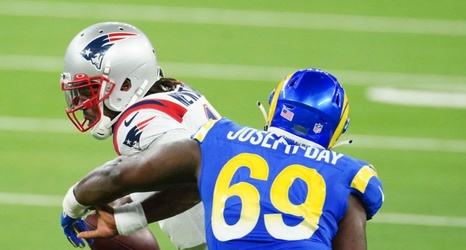 The LA Rams have a few players in the last year of their contract. We know that there are five offensive linemen in that category, and five linebackers as well. But perhaps the one expiring contract that is the most troubling for the LA Rams defense is that of nose tackle Sebastian Joseph Day. Does that surprise you? It shouldn’t, because SJD is one of the LA Rams’ most productive defensive linemen. So productive, that he was named to the NFL’s most underappreciated players’ list.

Sebastian Joseph-Day is playing on the last year of his rookie contract, and that makes him a tremendous bargain for the LA Rams defense right now.